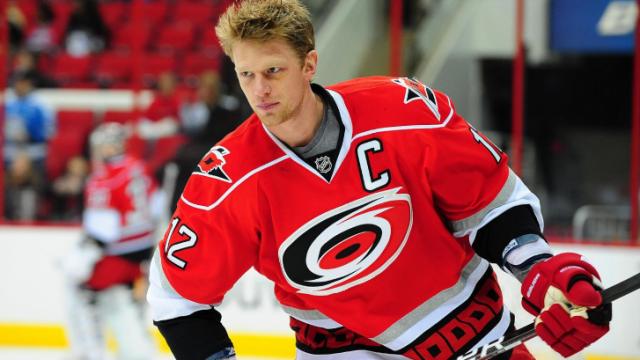 Eric Craig Staal (born October 29, 1984) is a Canadian professional ice hockey center currently playing for the Buffalo Sabres of the National Hockey League (NHL). He has also played for the Carolina Hurricanes, New York Rangers and Minnesota Wild. Eric is the oldest of the Staal brothers, which include former teammates Marc, Jordan, and Jared.

Staal is a member of the Triple Gold Club, having won the Stanley Cup with the Hurricanes in 2006, and both the 2007 World Championships and the 2010 Winter Olympics with Team Canada.

Staal was born in Thunder Bay, Ontario, the son of sod farmers Henry and Linda Staal. All four of his grandparents were Dutch immigrants.[1] He started playing hockey at the age of four,[2] and along with learning how to operate farming tools he played in a home ice rink with his three younger brothers.[3] His idols growing up were forwards Joe Sakic and Wayne Gretzky.[4] Staal took his jersey number 12 from what his father wore when he played hockey for the Lakehead Thunderwolves from 1978 to 1983.[4][5]

Staal grew up playing minor hockey in Thunder Bay, and played AAA for the Thunder Bay Kings organization and led his Bantam team to an All-Ontario Championship in the 1999–2000 season. After the season, Staal was selected in the first round, 13th overall, in the 2000 Ontario Hockey League (OHL) Priority Selection by the Peterborough Petes.[6] While not even his father, Henry, thought he may have been ready for the OHL,[7] Staal finished his first season with 49 points in 63 games. His scoring totals increased the following season when he recorded 62 points.

In his draft year, Staal led the Petes in scoring with 39 goals and 98 points. He was named to the Canadian Hockey League (CHL) First All-Star Team as well as the OHL Second All-Star Team.[8] Staal also skated in the CHL Top Prospects Game, recording one assist.[9]

Staal was selected second overall in the 2003 NHL Entry Draft by the Carolina Hurricanes, behind number one pick Marc-André Fleury. He played his first season in the NHL right after being drafted. In 2004, Staal played in the YoungStars Game as part of the 2004 NHL All-Star festivities.[10]

As the 2004–05 season was cancelled due to a lock-out, Staal spent the year with the Hurricanes’ American Hockey League (AHL) affiliate, the Lowell Lock Monsters. He established new franchise records in points (77), assists (51), plus-minus (+37) and shorthanded goals (7) in a season, and was also called for the AHL All Star Classic.[4] 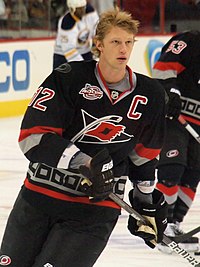 Staal with the Hurricanes in 2011.

In the 2005–06 season, Staal scored a career-high 100 points during the regular season, and was named NHL Offensive Player of the Week of October 23–30, 2005, the same week in which he scored his first career hat-trick, coming against the Philadelphia Flyers. He then led the Hurricanes in points during the 2006 Stanley Cup playoffs with 28 as they won the Stanley Cup with the Carolina Hurricanes. After the season, Staal finished fourth in voting for the Hart Memorial Trophy, awarded to the NHL’s most valuable player (MVP). Following the successful season, on July 1, 2006, Staal signed a three-year, $13.5 million contract extension with the Hurricanes.[11]

Staal made his first All-Star Game appearance in 2007 All-Star Game in Dallas, where he scored the Eastern Conference’s third goal. His overall production dipped from the previous season, as he recorded just 70 points.

On September 11, 2008, Staal signed a seven-year, $57.75 million extension with the Hurricanes, which was to begin in the 2009–10 season. Staal was slated to become a restricted free agent on July 1, 2009, but signed despite having one year at $5 million remaining on his former contract.[13]

On April 28, 2009, Staal capped an improbable comeback by scoring the series-winning goal with 31.7 seconds remaining in the Game 7 of Carolina’s first round series of the 2009 playoffs against the New Jersey Devils.[2][14] The Hurricanes went as far as the Eastern Conference Finals, ultimately losing to the eventually Stanley Cup champions, the Pittsburgh Penguins. 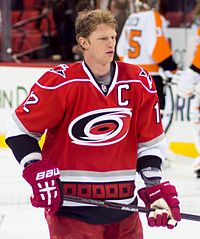 Staal in warm-ups for the Hurricanes in 2013.

On January 20, 2010, Staal was named team captain, replacing Rod Brind’Amour, who was named an alternate captain. Staal became the fifth captain since the team relocated to the city of Raleigh, North Carolina, from Hartford.[15]

On January 18, 2011, Staal was named one of two team captains for 2011 NHL All-Star Game, held in the Hurricanes’ home city of Raleigh.[16] In the Game, Team Staal fell 10–11 to Team Lidstrom, captained by the Detroit Red Wings‘ Nicklas Lidström.[17]

On February 28, 2016, Staal, in the final year of his contract, was traded to the New York Rangers in exchange for Aleksi Saarela and two second-round draft picks (2016 and 2017).[18][19] Eric joined brother Marc in New York, but struggled for the Rangers, recording six points in 20 regular season games, and zero points in a five-game loss to the Pittsburgh Penguins in the first round of the Stanley Cup Playoffs.

During the subsequent offseason, Staal as a free agent signed a three-year contract with the Minnesota Wild on July 1, 2016.[20] In his first season with the Wild, Staal recorded 28 goals and 65 points.

After completing his fourth season with the Wild and entering his final season under contract, Staal was traded by Minnesota to the Buffalo Sabres in exchange for forward Marcus Johansson on September 16, 2020.[25]

Staal received his first calls to Team Canada for the 2007 World Championships in Moscow. Along with younger brother Jordan, he won gold in a 4–2 win against Finland,[26] scoring five goals, including the overtime winner in the quarter-finals over the Czech Republic.[27] In the following year, Staal was back with Team Canada at the 2008 World Championships in Quebec City, winning a silver medal.[26] He scored eight goals in the tournament, four of them in Canada’s 10–1 defeat of Germany.[28]

Four years after being named only for Canada’s taxi squad for the 2006 Winter Olympics, Staal was selected for the Canadian team at the 2010 Winter Olympics in Vancouver.[29] He became a starter alongside Sidney Crosby and Jarome Iginla,[30] and scored one goal and five assists on the path to a gold medal. The Olympic title added with previous NHL and World Championship wins made Staal the 23rd player in the Triple Gold Club.[26]

Staal was named captain of Team Canada in the 2013 World Championships in Stockholm.[31] He would get injured in the first period of the quarter-finals, which Canada ended up losing to eventual champions Sweden, after a knee-on-knee hit by defenceman Alexander Edler.[32]

Staal married his longtime girlfriend Tanya Van den Broeke on August 3, 2007. The couple have three sons and reside in Edina, Minnesota.[33] Staal is a Christian.[34] 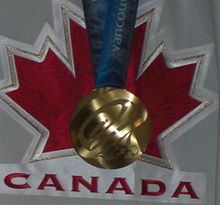 Closeup of Staal’s gold medal from the 2010 Winter Olympics 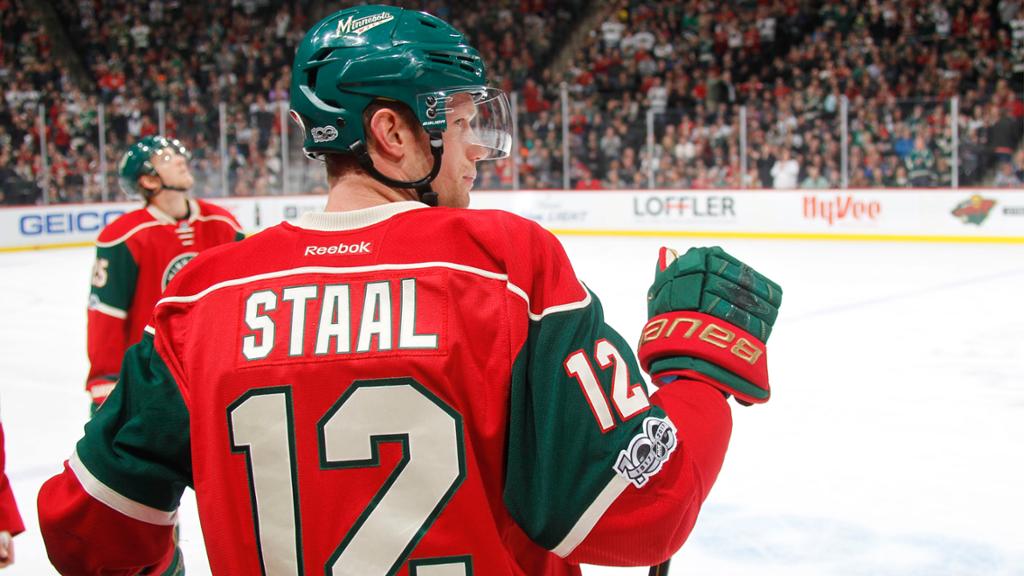 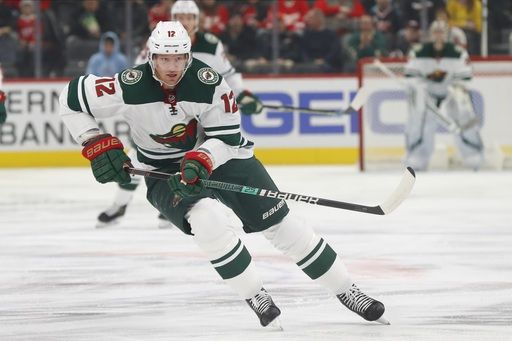 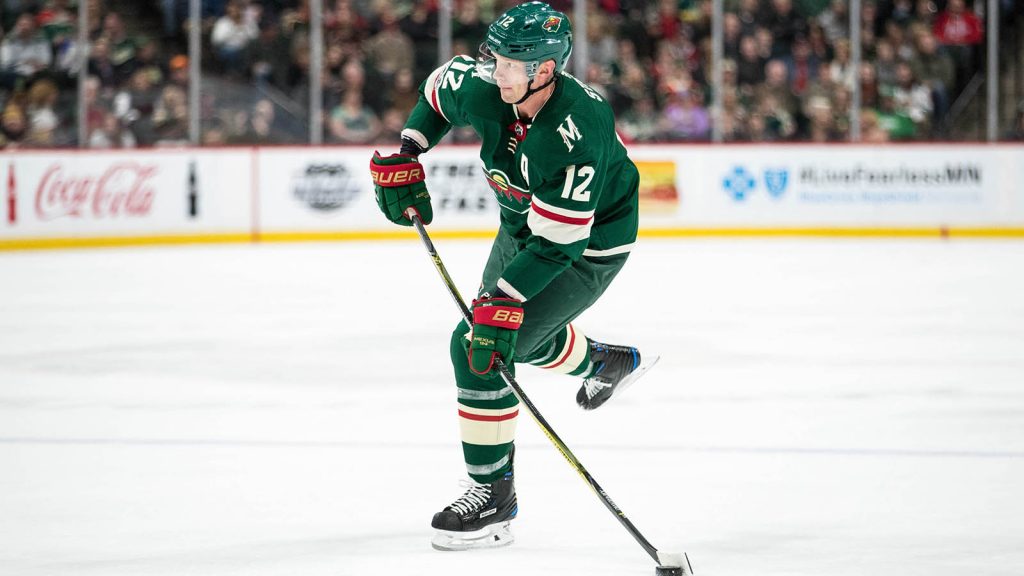 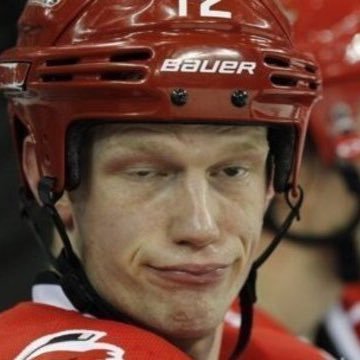 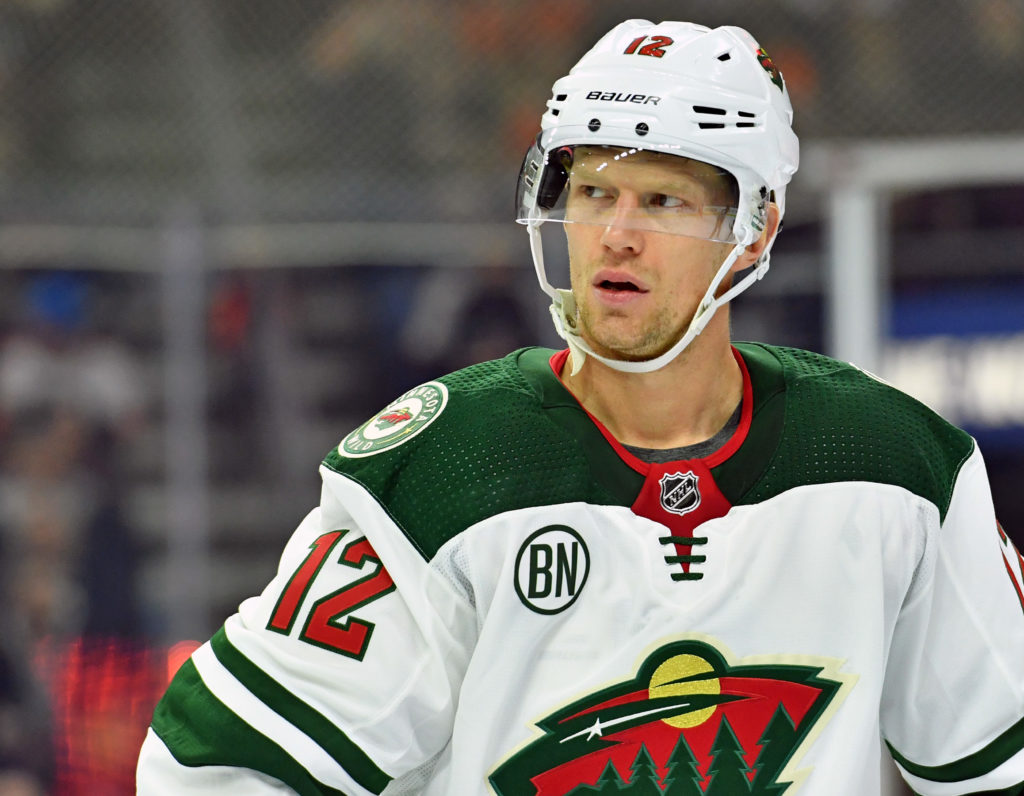 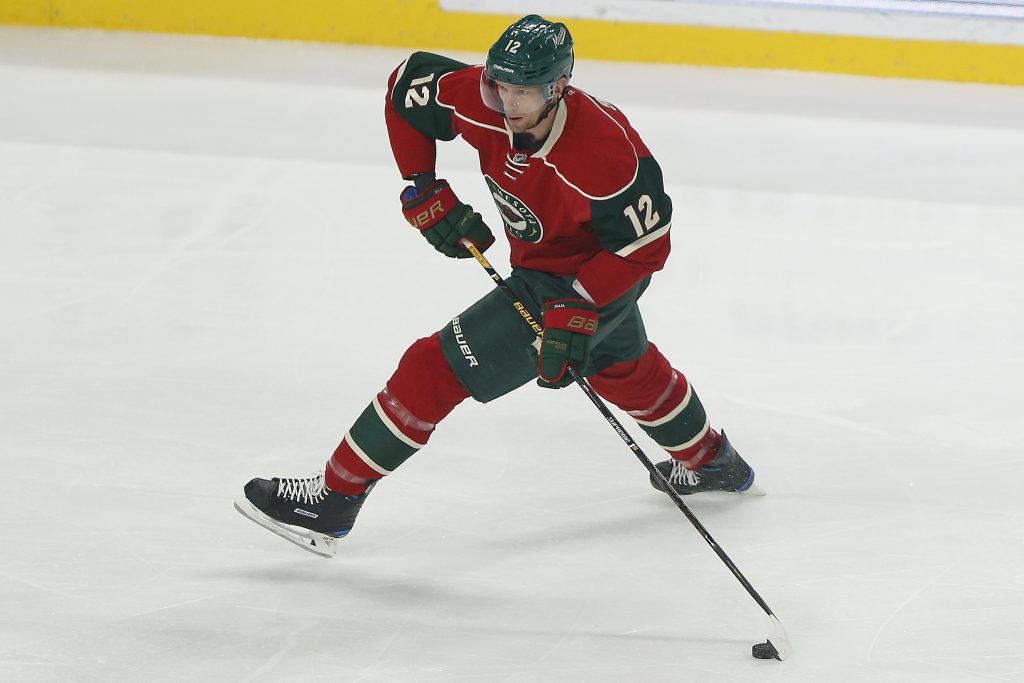 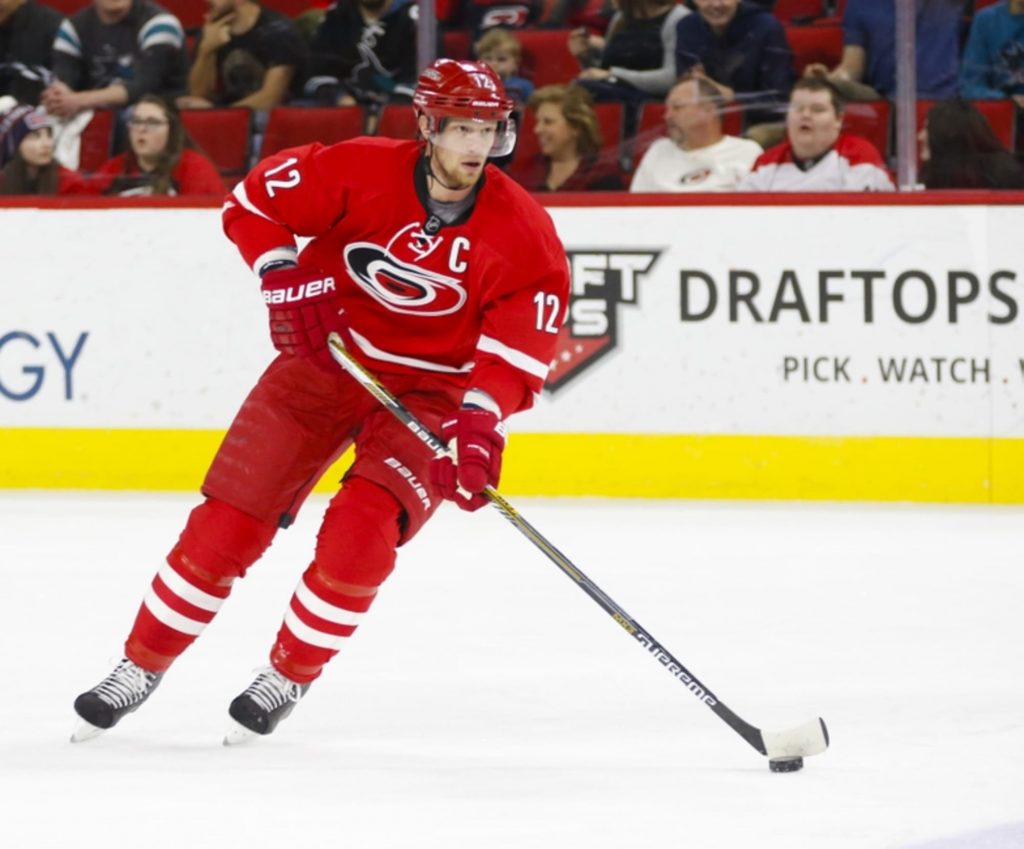 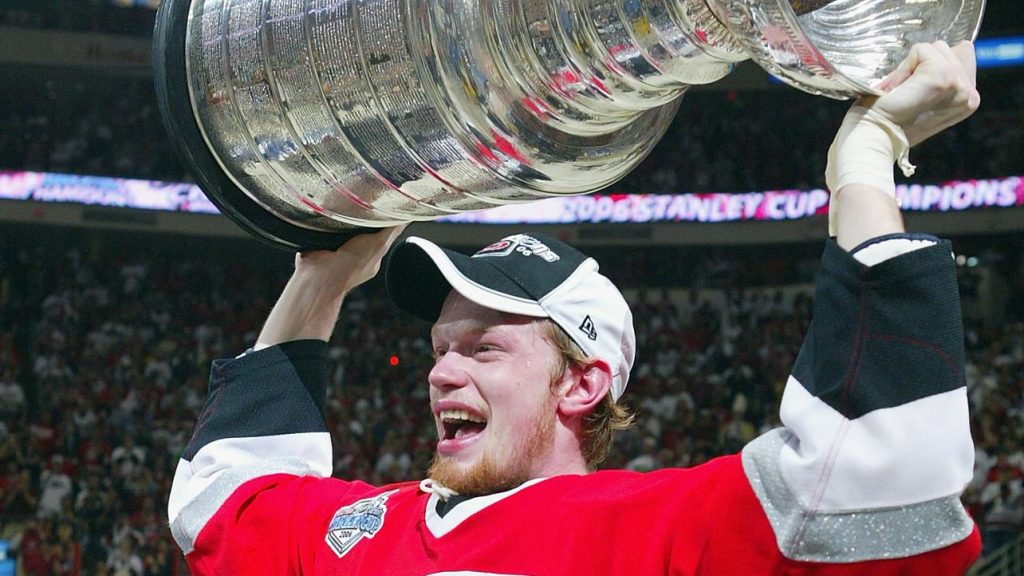 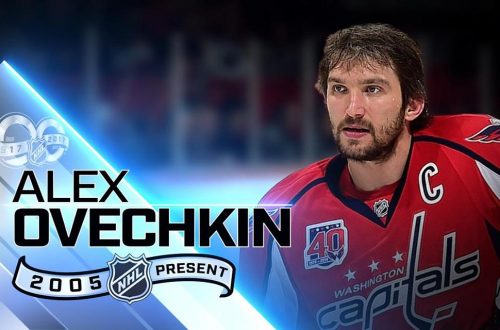 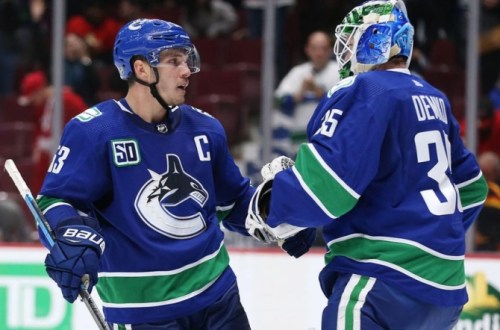 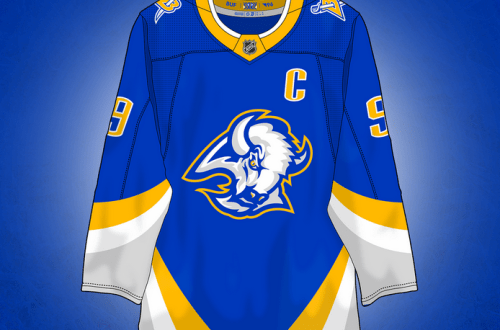