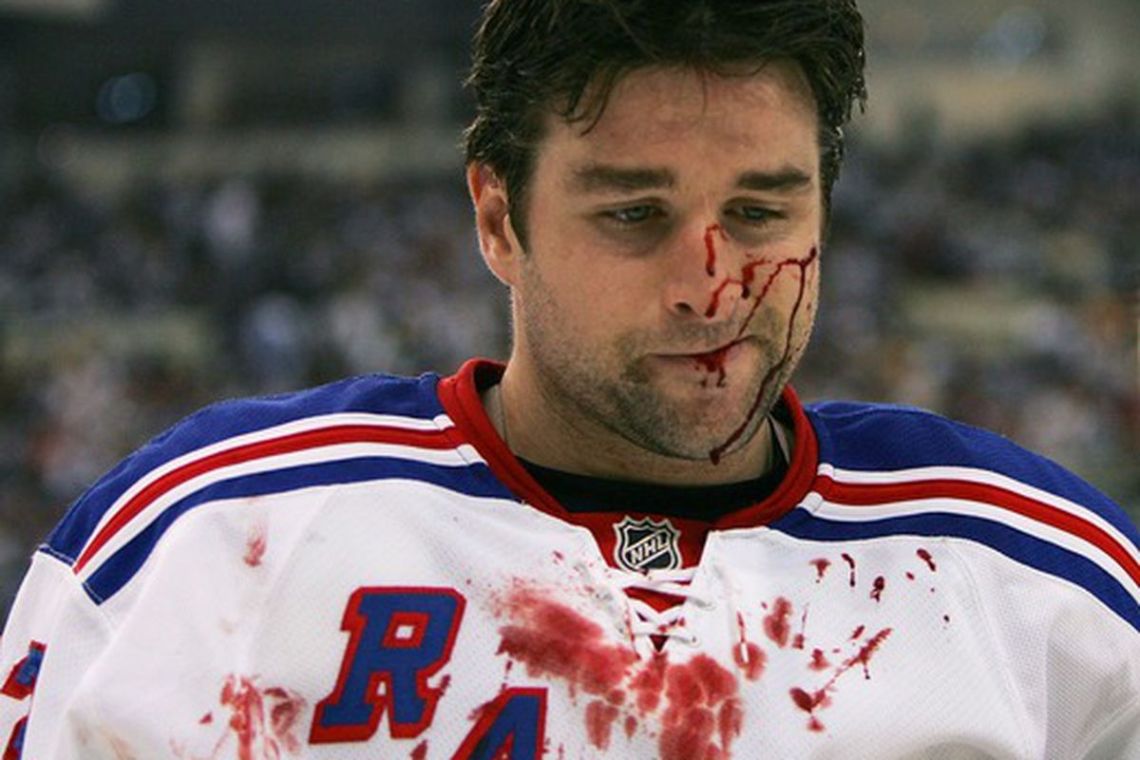 Christopher Ellis Drury (born August 20, 1976) is an American professional ice hockey executive and former player. He serves as the associate general manager for the New York Rangers and as the general manager of their American Hockey League (AHL) affiliate, the Hartford Wolf Pack.[1][2]

Drury is a Hobey Baker Award-winner with Boston University, a Calder Memorial Trophy winner with the Colorado Avalanche, a Stanley Cup champion with the Avalanche, a two-time Olympic silver medalist with the United States and a former captain of the Buffalo Sabres and New York Rangers. As a child, he also won the Little League Baseball World Series Championship with his hometown team from Trumbull, Connecticut.

Drury excelled at a variety of sports as a child, including hockey and baseball. Playing for his hometown baseball team from Trumbull, Drury pitched a complete game, five-hitter and drove in two runs to win the 1989 Little League World Series championship game against Chinese Taipei.[3] Two months later, Drury threw out the ceremonial first pitch in Game 2 of the 1989 World Series.[citation needed] He also met President George H. W. Bush and appeared on Good Morning America in New York City.[citation needed] Drury played in the 1990 Quebec International Pee-Wee Hockey Tournament with a minor ice hockey team from Rye, New York.[4]

Drury played many sports simultaneously; before winning the Little League World Series with Trumbull, he won a national pee wee championship with his hockey team from Bridgeport the same year.[5] Along with his older brother Ted, he attended Fairfield College Preparatory School. He was co-captain of the varsity hockey team in his senior year, receiving Connecticut all-state honors for his efforts on the ice.[6] Chris and Ted are the only players in Fairfield Prep’s hockey history to have their numbers retired.[7] The number 18, which they both wore, hangs above the school’s home rink at the Wonderland of Ice in Bridgeport in the old rink, as well as in the lobby outside the locker room complex at Fairfield Prep itself. Chris’ name and number are also painted above the entrance doors to the Classic arena at the same ice rink.[citation needed]

After graduating from Fairfield College Preparatory School, Drury was drafted by the Quebec Nordiques 72nd overall in the third round of the 1994 NHL Entry Draft. Upon being drafted, he began a four-year career at Boston University (BU). In his freshman year in 1995, he won a national championship with BU.[3] In both 1997 and 1998 he was named Hockey East‘s player of the year and was also named best defensive forward in 1998. In his senior year, he won the Hobey Baker Award as the National Collegiate Athletics Association (NCAA)’s top ice hockey player after finishing as the runner-up the previous season. Drury was the first BU player to reach 100 career goals and assists, finishing with 113 and 100, respectively.[8] BU won the Beanpot tournament all four years he played for them. On January 15, 2009, well into his NHL career, Drury was named Hockey East’s Best Defensive Forward, as part of the league’s 25th Anniversary celebration. Drury was chosen in a vote of Hockey East fans and members of the league’s 25th Anniversary Committee.[9]

The Nordiques franchise was relocated to Denver, Colorado, in 1995, and renamed the Colorado Avalanche. Drury began his NHL career there in 1998–99. Recording 44 points in his first season, Drury was awarded the Calder Memorial Trophy as the league’s top rookie. In so doing, he became the first player in history to have won both the Hobey Baker Award and the Calder Trophy.[10]

After a 65-point season in 2000–01, Drury won the Stanley Cup with the Avalanche, adding 16 points in the playoffs. Drury became a fan favorite with the Avalanche crowd primarily due to his clutch play during playoffs. He had a total of 11 game-winning goals in four straight playoff seasons in Colorado. Avalanche captain Joe Sakic once said of Drury, “You want a goal, you’re in overtime – you want him.”[3][11] Because of his penchant for game-winning goals, Drury was often referred to as one of the best clutch players in the NHL.

Although Drury’s production dipped to 46 points in 2001–02, he was named to the U.S. roster for the 2002 Winter Olympics in Salt Lake City. Though he did not record any points in the tournament, the Americans surprised many by making it all the way to the final where they lost to Canada. This was the best finish for the United States at the tournament since the 1980 “Miracle on Ice“.[12]

Before the start of the next season, on October 1, 2002, Drury and Stéphane Yelle were traded to the Calgary Flames in exchange for Derek Morris, Dean McAmmond and Jeff Shantz. Drury recorded 53 points for the Flames during the year, finishing third in team scoring.

Drury spent just one season with the Flames before he was traded on July 3, 2003, along with Steve Bégin, to the Buffalo Sabres in exchange for former Avalanche teammate Steven Reinprecht and Rhett Warrener.[13] Traded twice in two seasons, Drury was admittedly frustrated.[14] However, Drury regained his form and excelled in Buffalo, serving as co-captain with Daniel Brière from 2005 to his departure via free agency in 2007. With his previous numbers (37 with Colorado and 18 with Calgary) both taken in Buffalo, Drury switched to 23 in honor of his childhood hero, New York Yankees first baseman Don Mattingly.[15] 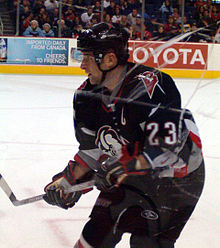 Drury with the Buffalo Sabres

Drury again represented the United States at the 2006 Winter Olympics, where the Americans finished eighth overall.[16]

After a career-high 37-goal, 69-point campaign in 2006–07, the Sabres made a second consecutive run to the Eastern Conference Finals this time as the Presidents’ Trophy-winning first seed, where they faced the Ottawa Senators. Proving he could still be a clutch performer, Drury scored two game-winning goals in the first round against the New York Islanders,[3] then scored the game-tying goal in game five of the second round against the New York Rangers with 7.7 seconds left in regulation time.[17] The Sabres won 2–1 in overtime and closed out the series against the Rangers, four games to two. In Game 4 of the Conference Finals against the Senators, Drury recorded another game-winner to stave off elimination,[18] though the Sabres were eventually defeated four games to one.

In the off-season, Drury and co-captain Daniel Brière both became unrestricted free agents. While Brière signed with the Philadelphia Flyers, on July 1, 2007, Drury signed a five-year, $35.25 million contract with the New York Rangers.[19] He made his Rangers debut against the Florida Panthers, scoring a goal in a 5–2 win.[20] On February 1, 2008, in a game against the New Jersey Devils, Drury scored an empty net goal on the power play for his 500th career point.[21] He finished his first season with the Rangers with 58 points – third in team scoring. Matched up against New Jersey in the first round, Drury scored the game-winning and series-clinching goal to eliminate the Devils in five games.[22] On October 1, 2008, Drury and the Rangers won the Victoria Cup, defeating Metallurg Magnitogorsk by a score of 4–3.

After the departure of Jaromír Jágr from the Rangers to play in the Kontinental Hockey League (KHL), Drury was named the 25th captain in Rangers history on October 3, 2008. Drury was only the second American-born captain in team history (the first was Brian Leetch from 1997 to 2000).[23] This made Drury one of four active NHL players at the time to have captained two different NHL teams (the others were Chris Pronger, Joe Thornton and former teammate Adam Foote).

Drury was named to the United States roster for the 2010 Winter Olympics. Drury, Jamie Langenbrunner and Brian Rafalski were the only members of the 2010 team who had previous Olympic experience. Because of his disappointing play for the Rangers in 2010 (he had spent much of the season on the fourth line, with a pre-Olympics scoring total of 8G-11A-19P and a −14 plus-minus rating), Drury’s inclusion on the team was questioned by former Olympian Jeremy Roenick, who said the team might be better served by adding either former Rangers teammate Scott Gomez or T. J. Oshie.[24] On February 21, 2010, Drury scored the go-ahead goal to break a 2–2 tie in a critical round-robin game against Canada. The Americans went on to win 5–3. The Americans lost a rematch to the Canadians in the gold medal game and Drury was awarded an Olympic silver medal for the second time.

In June 2011, rumors began circulating that the Rangers were looking to negotiate a contract buyout with Drury. However, these rumors were silenced after it was announced Drury may have a degenerative condition in his left knee which would cause him to miss the entire 2011–12 season.[25]

Drury and his wife Rory[32] have three children: two daughters and a son.[33] and currently resides in Greenwich, Connecticut.[34]

Drury’s older brother, Ted, played professional hockey in the NHL between 1989 and 2001.

In the late 2000s, Drury, along with partners Ken Martin, Paul Coniglio, and Cody Lee, purchased Colony Grill in Stamford, Connecticut, a pizza tavern established in 1935. Since the purchase, the group has opened four more locations throughout southwestern Connecticut and New York, including Fairfield, Connecticut, near where Drury played high school hockey at Fairfield Prep. 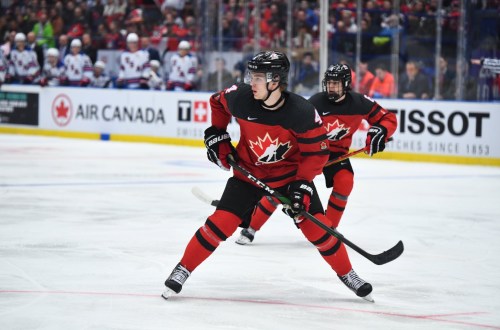 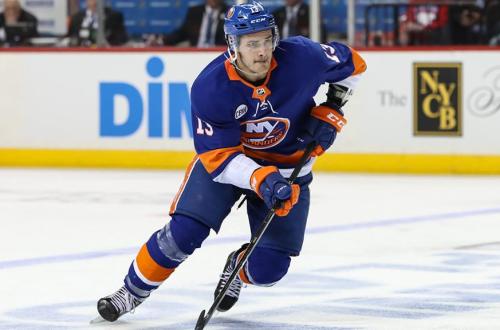