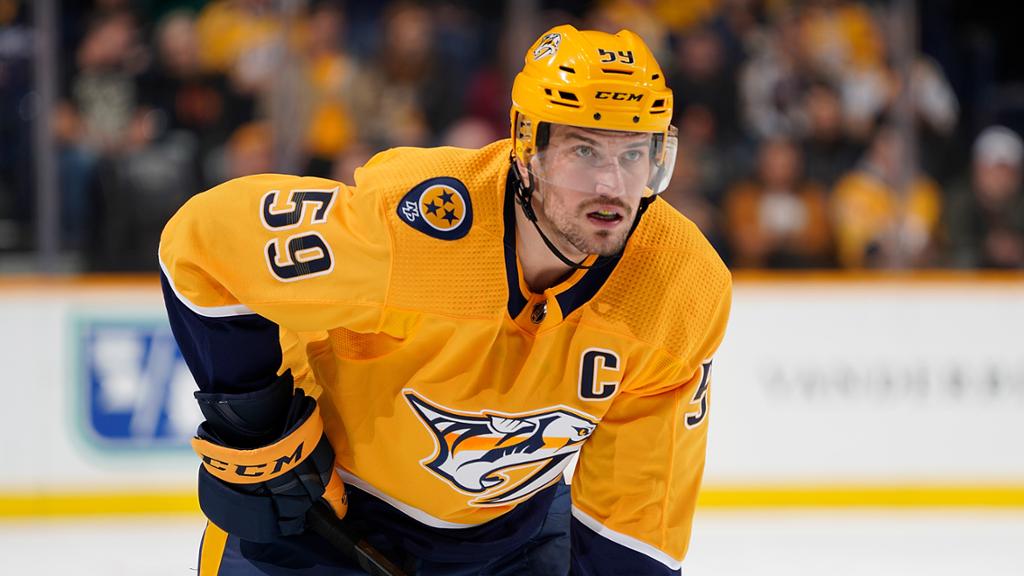 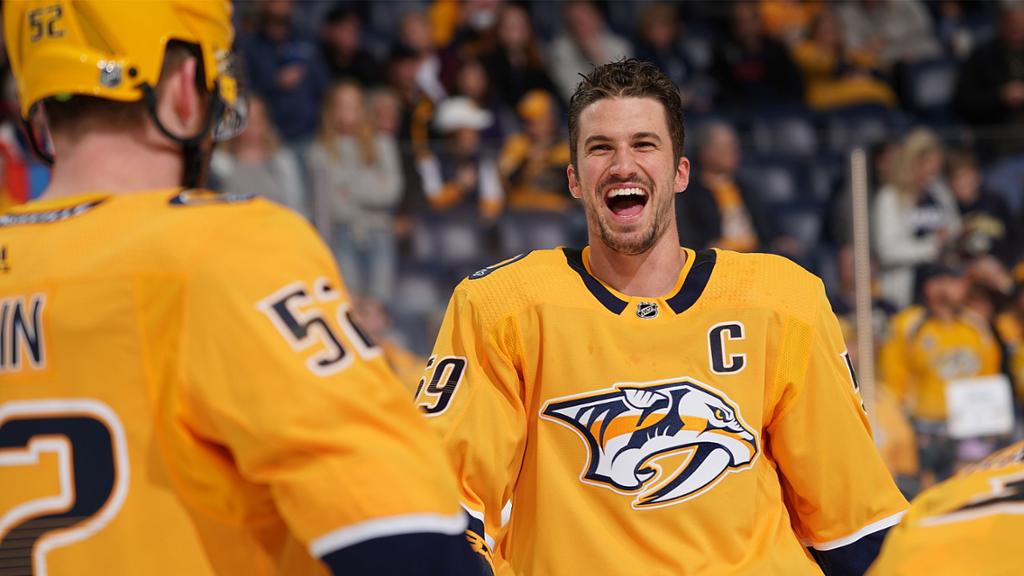 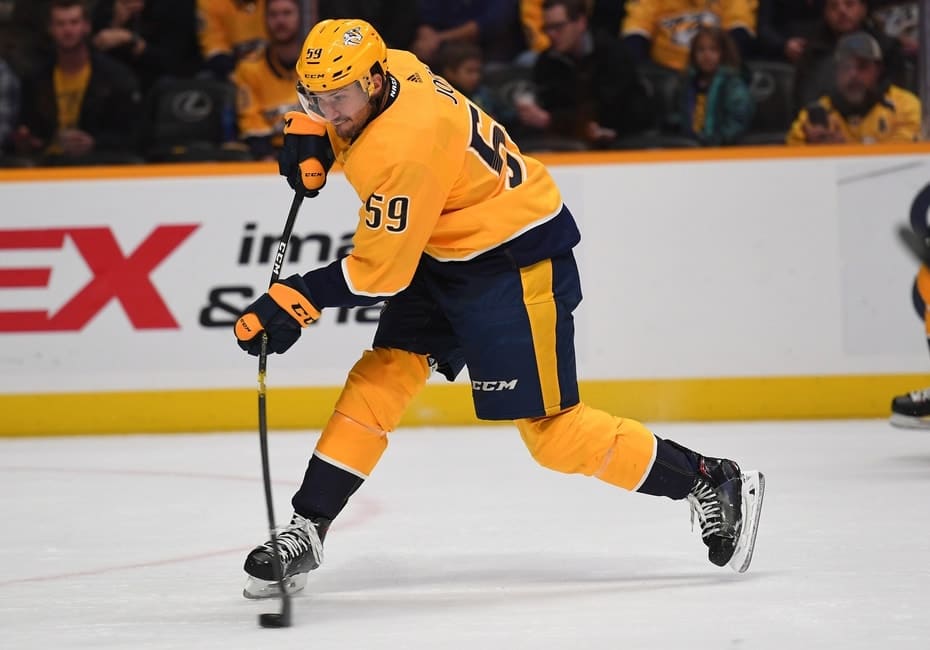 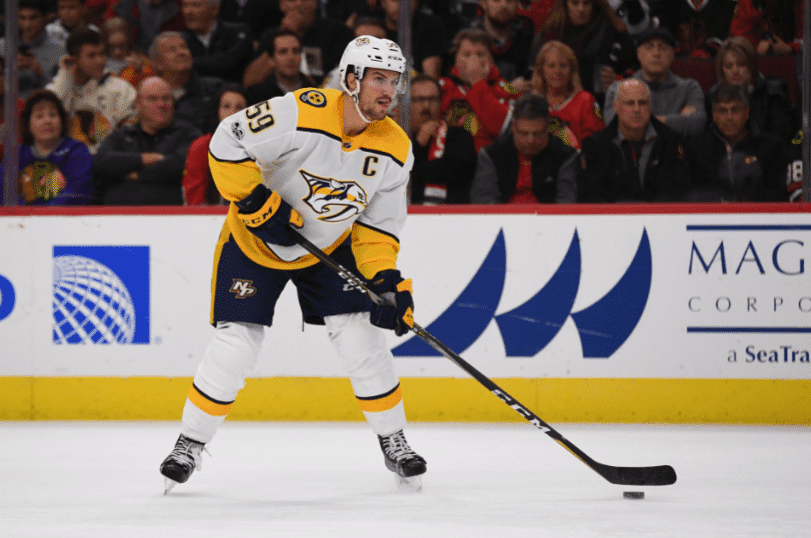 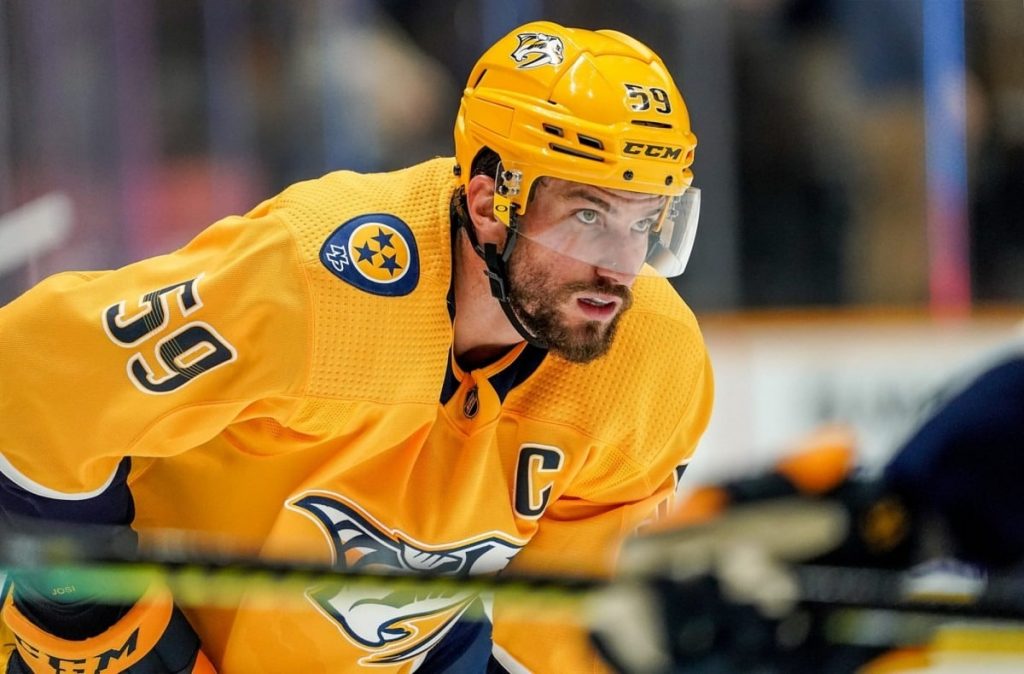 Roman Josi (born 1 June 1990) is a Swiss professional ice hockey defenceman who currently serves as captain of the Nashville Predators of the National Hockey League (NHL).

Josi began with SC Bern in 2006. He was selected by the Nashville Predators in the second round, 38th overall, in the 2008 NHL Entry Draft. He was considered one of the top Swiss prospects in the draft.

Josi became a full-time member of Bern during the 2007–08 season after spending the previous two seasons with the club’s NLB team. Josi won a National League A championship in 2010.

Josi was selected to play in the NHL’s All-Star Game in 2016.

Josi joined the Predators’ organization during the 2010–11 season, spending the entire year with the Milwaukee Admirals of the American Hockey League.

Josi scored his first NHL goal on 10 December 2011, against Dan Ellis of the Anaheim Ducks.[1]

He began the 2012–13 season with his youth team, SC Bern, because of the NHL lockout. He played alongside NHL stars John Tavares and Mark Streit. With the lockout resolved, Josi returned to play with the Predators and on 25 February 2013, Josi scored a career-high four points (two goals and two assists) in an overtime home win against the Dallas Stars.[2]

Josi had a career high year during the 2014–15 season, ranking fifth among defensemen in scoring and finishing with a then-career high 55 points.[3] At the end of the season Josi finished in the top five for the Norris Trophy vote.[4][5]

During the 2015–16 season, Josi was selected to play in the 2016 NHL All-Star Game along with teammates Pekka Rinne, Shea Weber, and James Neal.[6] He finished in the top five again for the Norris Trophy vote.[5]

During the 2016–17 season, Josi was selected as an alternate captain along with James Neal.[7] Josi’s defensive skill played a crucial role in the Predators 2017 Stanley Cup playoffs run.[8][9] Despite being placed on long term injury reserve in January,[10] he ended the season with 12 goals and 49 points.

He won the James Norris Memorial Trophy in 2020, becoming the first Predators player and the first Swiss to win the award.

He was selected to play for Team Europe at the 2016 World Cup.

Josi won a second silver medal with Switzerland at the 2018 IIHF World Championship in Denmark, falling to Sweden in the shootout. 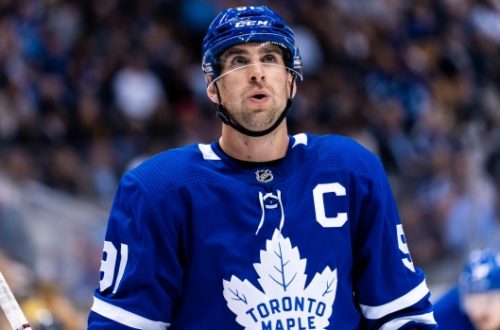 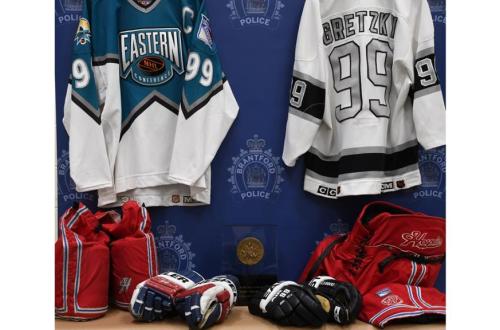